Numbers here are slippery. Or should I say, people are slippery? When I try to look up how many people live in Tokyo, a lot of different figures get tossed around. Tokyo is divided into 23 wards, or cities, with an estimated population of roughly 9 million people. Add in the surrounding cities — including Fussa — that make up the Tokyo metropolis, and you’re up to roughly 13 million people.

But wait. There’s more. (More and more and more people, that is.) If you expand your estimate to include the greater Tokyo metropolitan area, which spreads out from the city into area prefectures, you find roughly 35 million people living here. That’s more than any other city in the world. By comparison, the next largest city has a population of roughly 18 million. That’s one big American apple — New York – but a little humbling when you think that’s about 17 million fewer souls.

I’m still wrapping my head around these numbers. It helps to see a few of them in action. A week ago, Wil had a Friday off, and he and I decided to visit another one of Tokyo’s outlying cities: Hachioji. We got there by taking a 20-minute local train from Higashi-Fussa train station, which is a shorter walk from our home than our usual station.

Here’s what we saw when we exited the large train station in Hachioji: 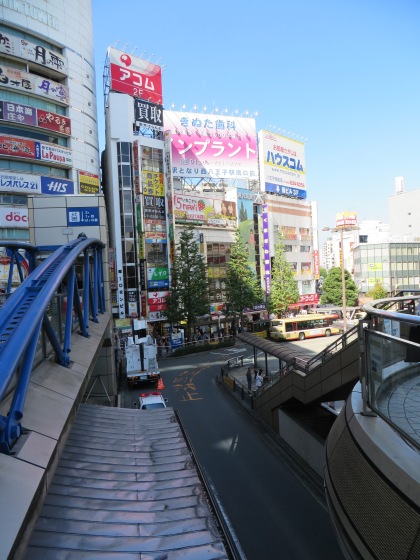 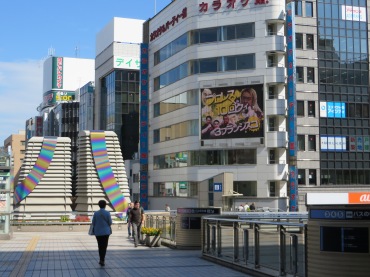 So Hachioji, a city I’d never heard of until a few weeks ago, is actually pretty big in its own right. Here’s a few more numbers. Hachioji has a population of roughly 563,000 people. Back in Ohio, Cincinnati has about 298,000. (Columbus is bigger, with 822,000 folks.) I’ll refrain from throwing more figures at my patient readers, but suffice it to say that when you compare population densities, the Tokyo residents are crammed a lot more tightly into their environment.This small town Ohio girl can’t help but be a little stunned by the sheer mass of humanity that she now lives amongst. London, with its 8 million population, felt gigantic to me when we lived near there. Now, it sounds positively puny.

We didn’t have an agenda for our day in Hachioji. Instead, we did some window browsing in the shops on the pedestrian streets spinning out from the railway station. We noted on a posted map that a shrine wasn’t too far away, so we walked in that direction. We found it and enjoyed quietly viewing the gravesites and the buildings. Although I’ve stressed the high population of the city, the shrine was quiet and still, with only an elderly caretaker in sight, weeding near the memorial stones. 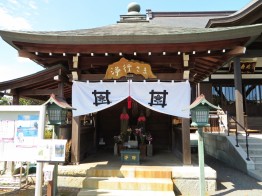 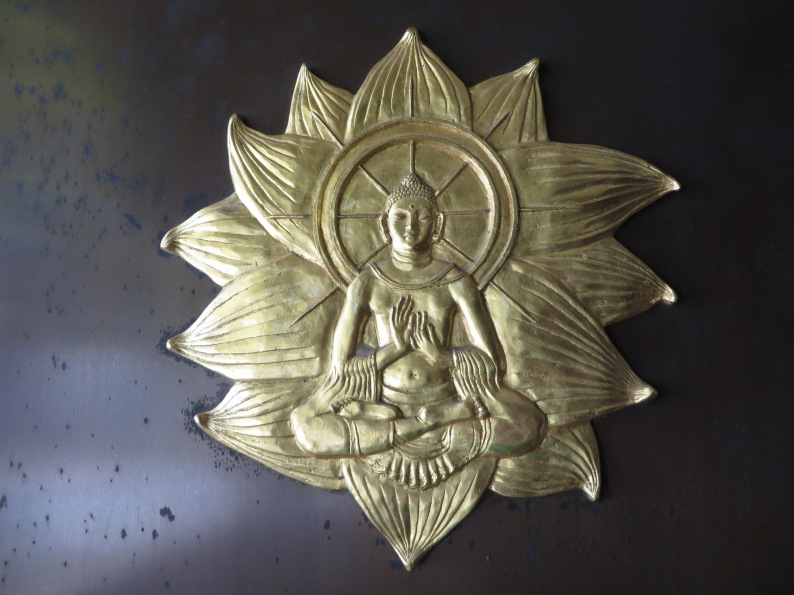 Full disclosure: It was a good day as a traveler, maybe not as great as a travel writer. I can’t identify the name of the larger shrine or of the smaller one, pictured below, that we found in a residential neighborhood. The second one was on a very small lot on a corner, surrounded by a school and houses. Again, no one around. No one, that is, except the two Americans with our little cameras, gamely gawking at what must seem commonplace to the thousands of Hachioji residents but still feels exotic to us. 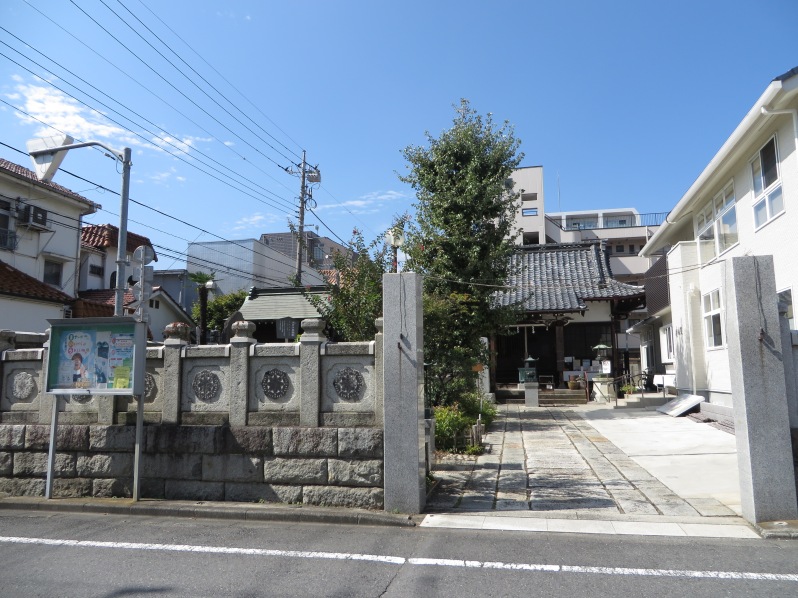 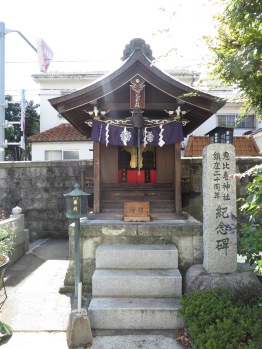 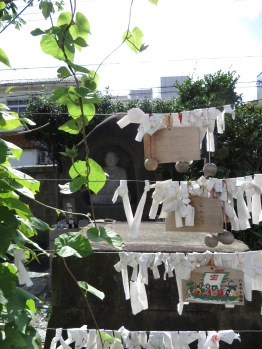 We followed an alley through a neighborhood for a while and just wandered, enjoying the small glimpses into everyday life. One woman opened her door to a delivery man and we caught sight of a gleaming entry way, with polished wood floors and walls. Many of the houses had their laundry hanging out on their second-storey balconies. Some tiny homes had expensive vehicles parked against their walls. A few had lovely little courtyards; many had weedy, miniscule side lots.

We followed this alley for a while. 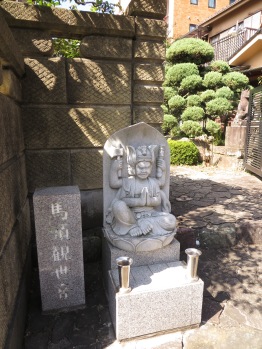 This was at the entrance to a private courtyard, which we think belonged to someone’s home.

Eventually, we emerged back onto a busy, main street. We browsed in a pottery store before heading to a pub called the Sherlock Holmes for a late lunch. The beer was Irish — Guinness — but the menu was a mixture of Japanese and Italian food. (Our avocado and shrimp pastas included a side dish of chicken broth in a bowl and a salad generously sprinkled with fish roe.) We sipped our beers and watched as a constant stream of people streamed past our window: workers in hard hats and coveralls; salary men in black trousers and short-sleeved white shirts; young women in heels; and old ladies bent sideways by their hunched backs. Tokyo people doing Tokyo things, too many to count.