Leave it to Tokyo to create an artificial island in its bay, a place where grown-ups and kids can come to play. 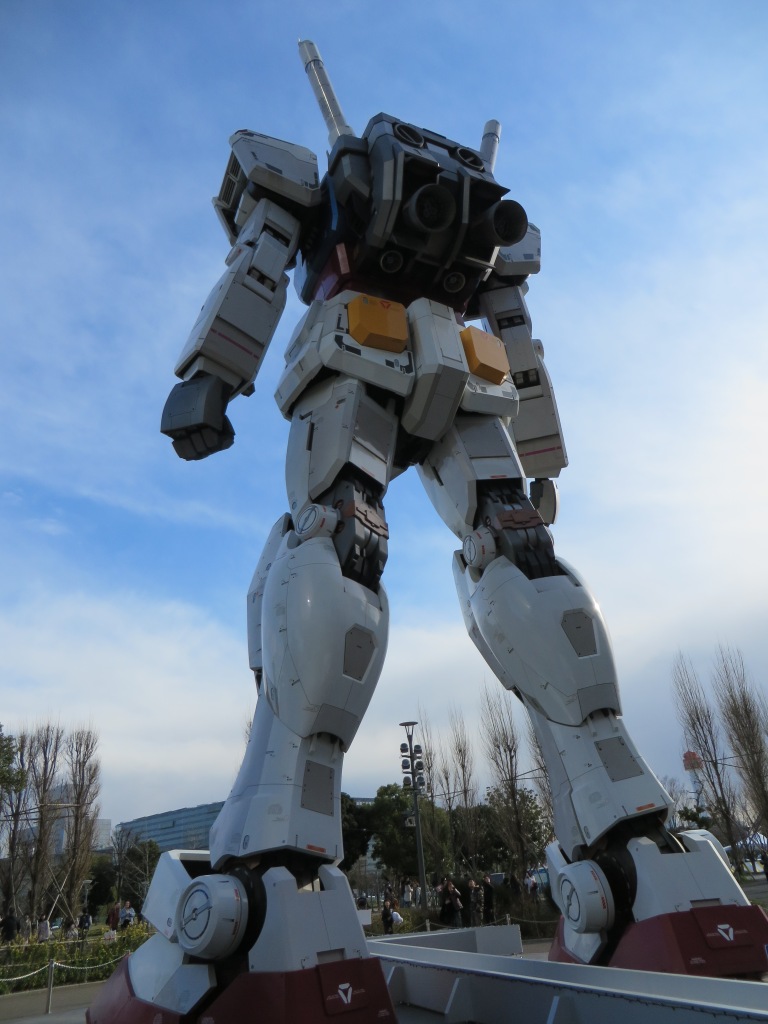 Stunning views of the Rainbow Bridge, a suspension bridge that connects Odaiba to central Tokyo? Check. (It gets its name from the way it is lit up at night.) 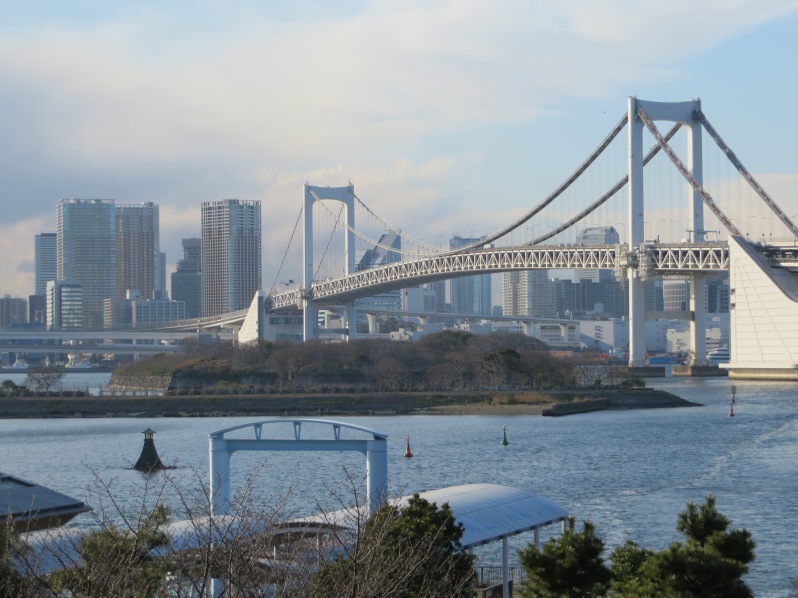 Palazzos in the form of a shopping mall — amusingly named Venus Fort — designed to look like an Italian town? Check. 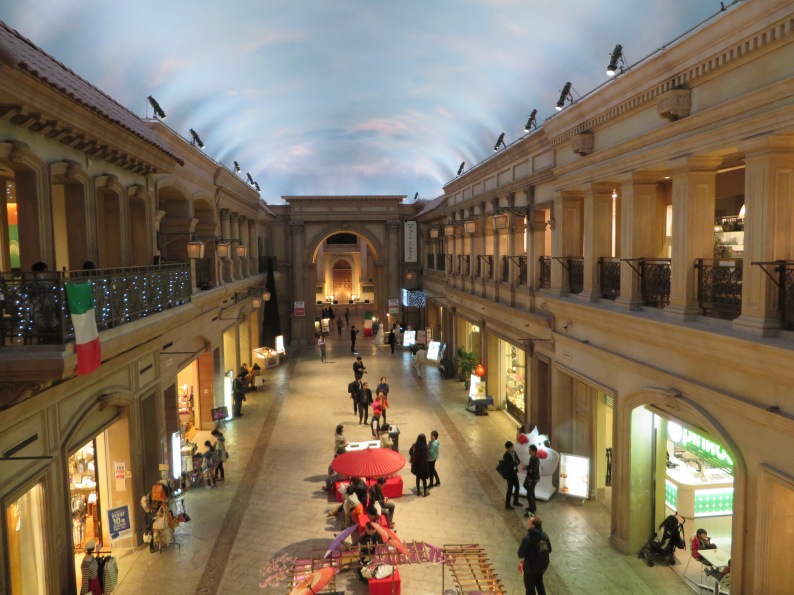 I gave a sample in this post’s title, but let’s stretch that list of attractions you can see while in Odaiba.

How about beautiful views of Tokyo Bay? 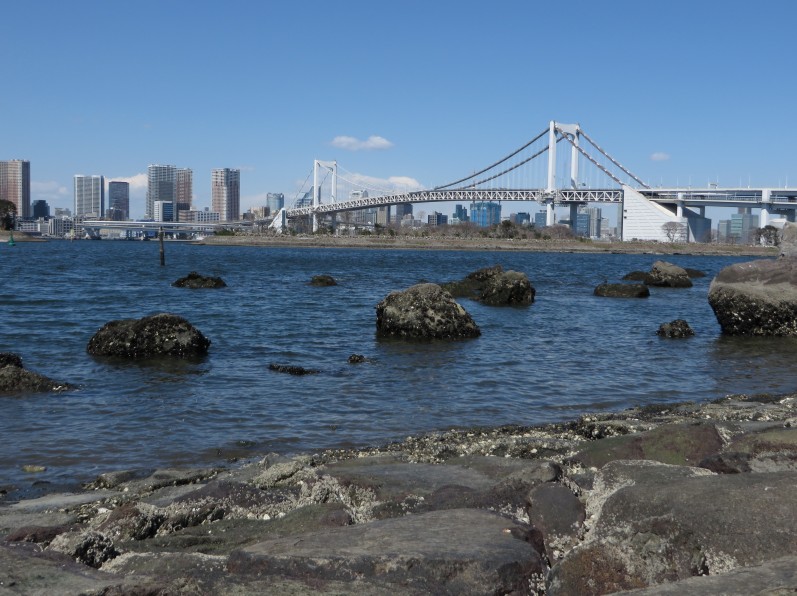 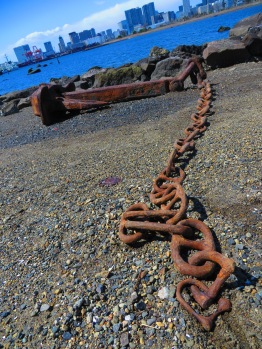 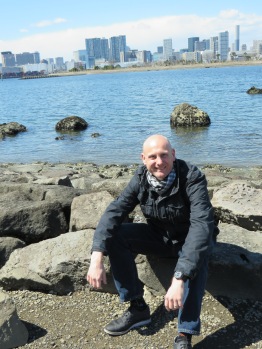 A fake Statue of Liberty?

A building which appears to have sprouted its own giant ball?

A museum of classic cars and racing cars?

Where you can hand keys over to your 5 year old? (Grown-ups can take a spin, in real cars, too, but that wasn’t open the day we visited.) 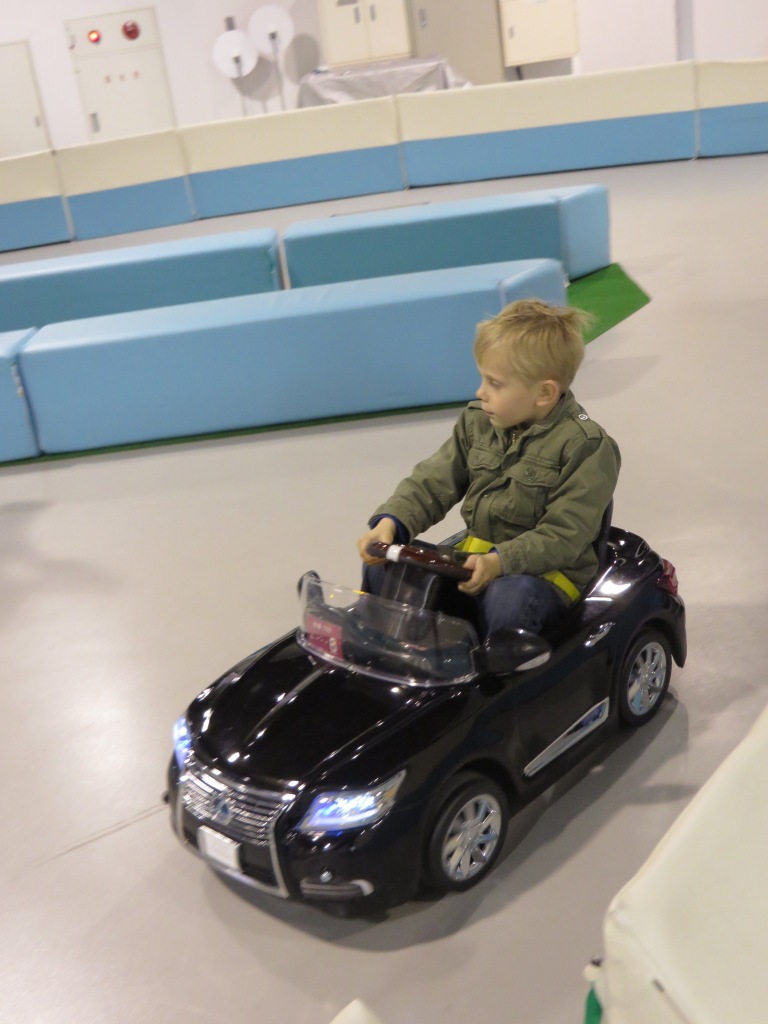 Octopus balls, anyone? (Think hush puppies with a delicious octopus tentacle surprise inside.) All jokes aside, they’re delicious. Odaiba has a TakoYaki Museum, inside Decks Beach Shopping Mall, dedicated to them. 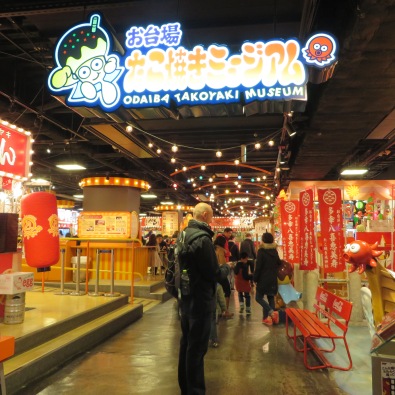 You could also ride on a magnificently large Ferris wheel, one of the world’s largest. (We didn’t. But you could.)

This post is a flash-back post. We visited Odaiba back in late March when we had our three-day stay in central Tokyo. We had a blast and will need to go back to see even more. (LEGOLAND… Madame Tussauds … Beaches… And a view of the Rainbow Bridge when it is in full Technicolor rainbow-mode.)

It’s a very Japanese kind of place but America had a role in its creation. The artificial islands that the area occupies were originally built in 1853 as part of a series of defenses to protect Tokyo from attack by sea. Who were they afraid of? Commodore Matthew Perry of the United States Navy.