We’re continuing to get to know our new little corner of the world. I’m still a little bit amazed that a restaurant that looks like this is only a short walk from my home: 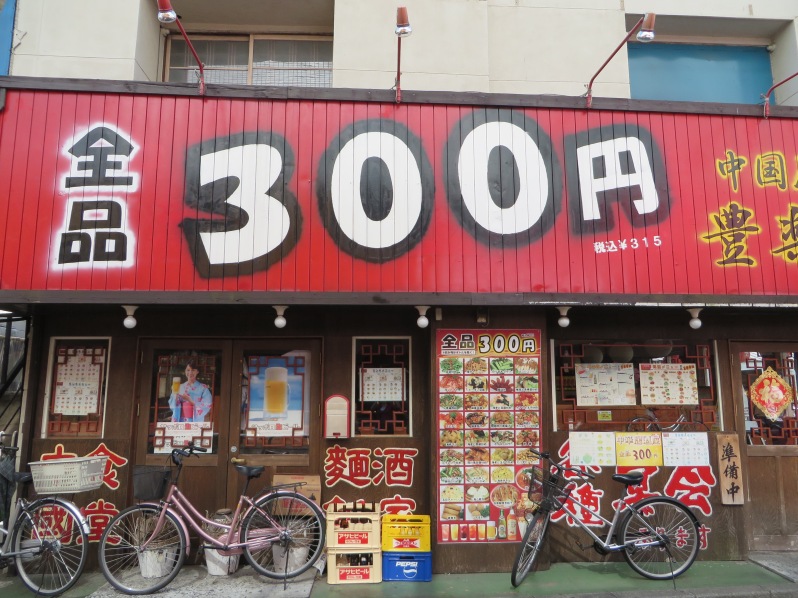 Or that a local grocery store carries seafood that looks like this: 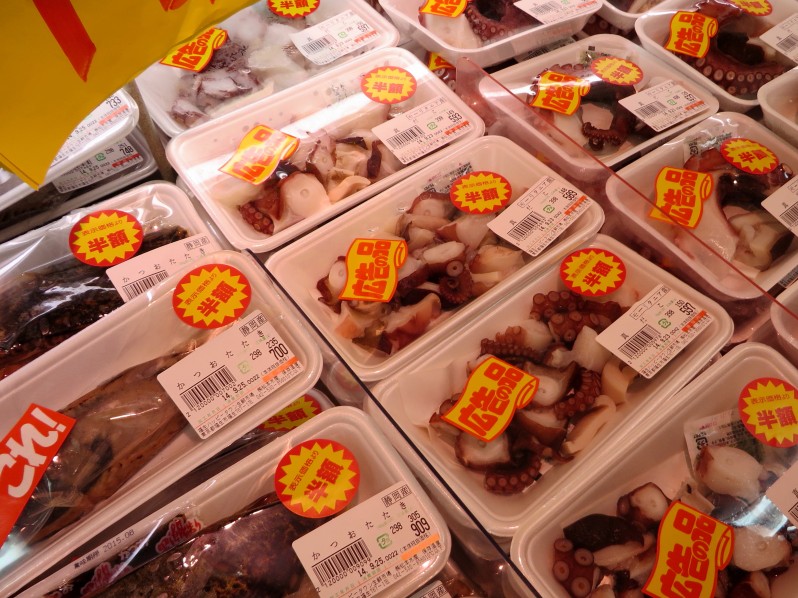 We took a few hours Sunday afternoon to set out on foot to do a little local exploring. We walked to the base gate from our house, then kept on going beyond the Fussa train station into the city center. We had an eventual destination in mind — the Seiyu store to buy me a bike — but thought we’d spend a little time just wandering downtown.

I’m getting used to seeing tentacles on display in our off-base grocery stores but thought my non-Japanese readers might enjoy seeing them. We haven’t gotten brave enough yet to purchase any to prepare at home but I’ve enjoyed squid sushi at our favorite conveyor-belt sushi restaurant. On Sunday, we thought we’d get adventurous for lunch, but the restaurant in my first picture above was closed. Well, it was filled with people, but when we went in we were informed by a Japanese waiter in stilted English that they were closed now for lunch. (Perhaps they really were finished serving food. Perhaps they didn’t want to deal with us. I honestly have no idea.)

Instead, we tried out a fast food chain called Mos Burger. Wil and I each enjoyed shrimp burgers and Liam enjoyed ignoring his chicken nuggets in favor of his fries. Fries are “Dayton food” in Liam parlance, so he’s always willing to eat them. (He has to eat his Japanese lunch at school throughout the week so he is slowly starting to adjust to the cuisine here.) 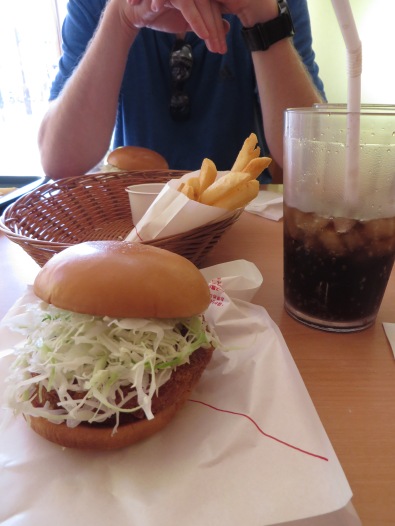 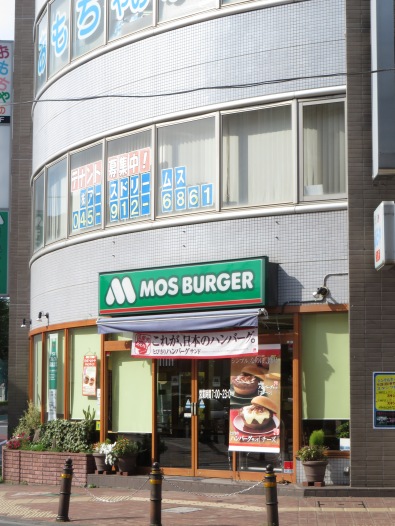 Our walk after lunch took us past small businesses and through a residential neighborhood near the train tracks. I’m adjusting to the lack of clear surfaces for the buildings here. There’s a cacophony of power wires, frantic signage, balconies overflowing with drying laundry, awkwardly-angled additions and adjacent driveways with tiny cars impossibly crammed in. 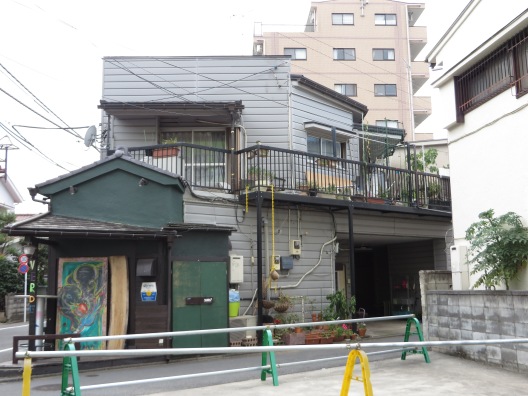 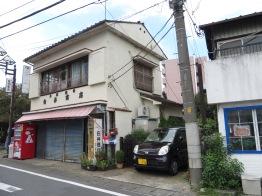 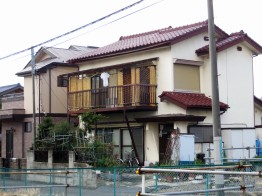 I was smitten, though, by this house’s messy vine cascade and narrow floral garden: 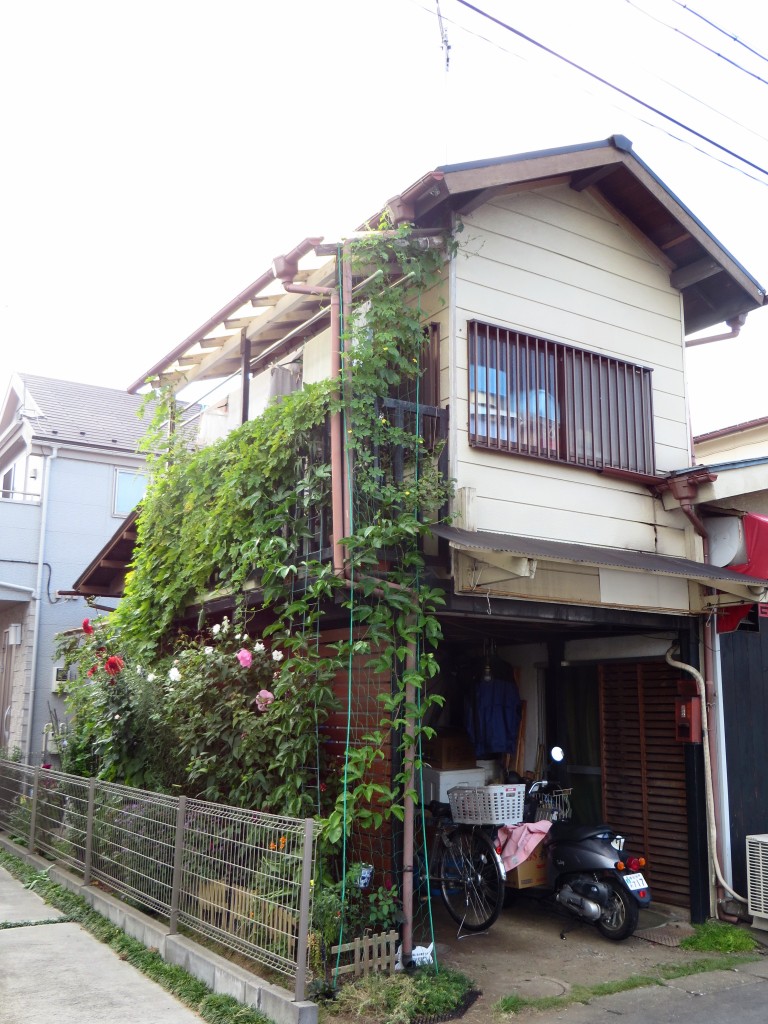 And by these restaurants: 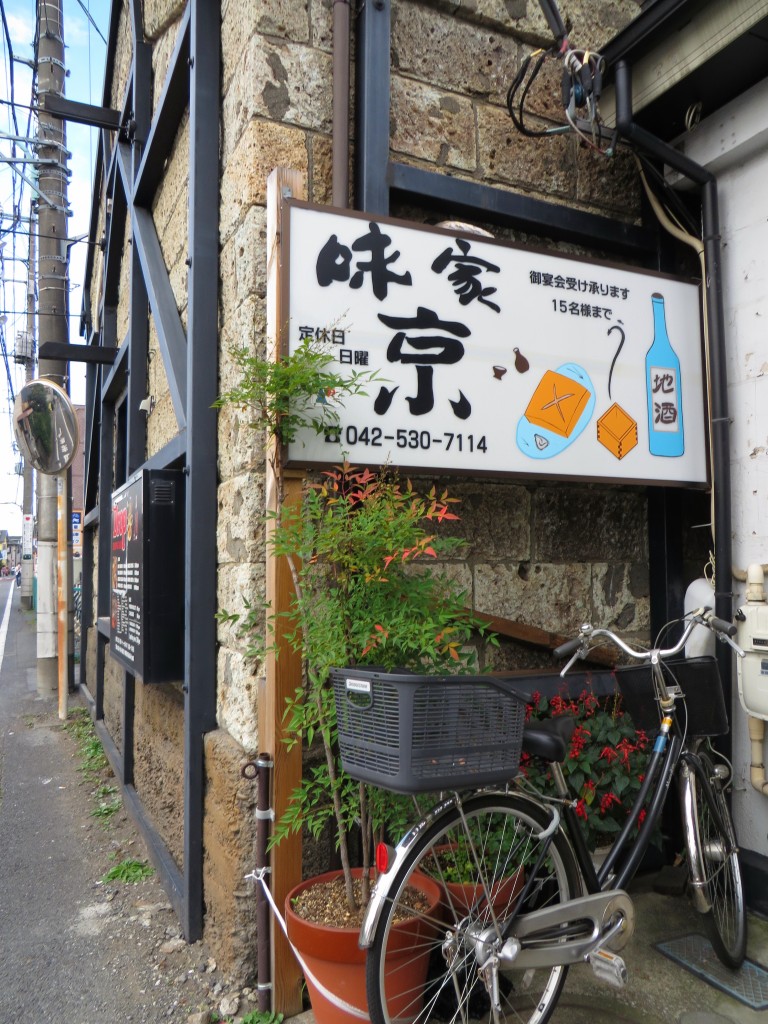 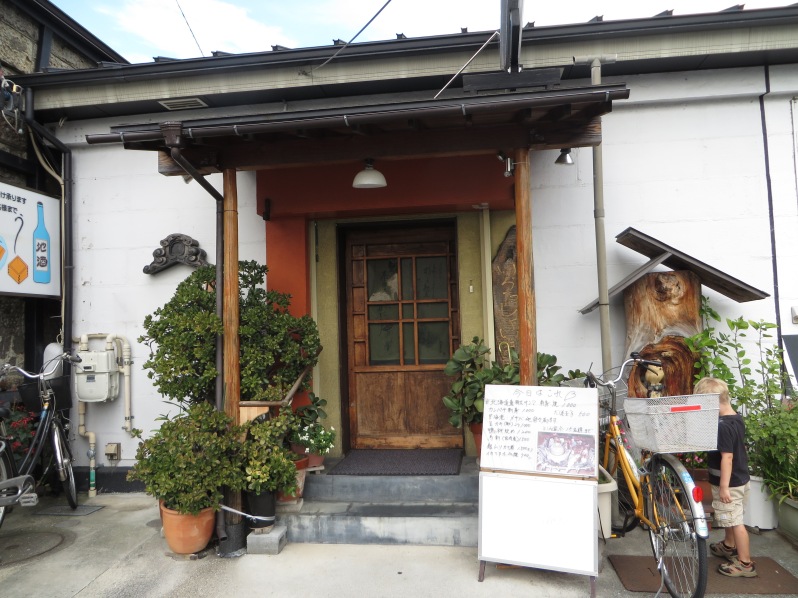 We eventually made it to the store to buy my bike. We rolled it up to the check-out only to be directed back to the bike section. A harried staffer managed to convey that we needed to fill out paperwork to register it locally. Thanks to the nearby base, we were eventually given a cheat sheet that had enough English on it for me to provide the needed information and for the clerk to transpose it into Japanese. Once we got my shiny red bike home, Wil tried to use his bicycle pump to plump up the front tire. Alas, a small bolt popped out and the tire deflated. After much confusion, a little swearing, and copious use of the internet, we learned that the Japanese use an entirely different style of pump. Wil initially thought the tiny part had disappeared into the tire but he eventually found it via flashlight in the grass near our porch.

We’ll have to embark on a new adventure soon to purchase the right kind of pump. Wil has a bike already and we’ve attached a seat for Liam onto the back of my new one, so once my bike has two working tires again we’ll enter a new stage of exploring. Watch this space.