On a normal year for Thanksgiving, we’d be in our home — or the home of a relative — filling our bellies with turkey, stuffing and mashed potatoes. There’d be a parade to watch, football to ignore and lots of chatting over glasses of wine and mugs of coffee.

This was not a normal year.

This year there was a bullet train to ride, an ancient capital city to explore, and plates of tonkatsu (deep-fried pork) to devour. We opted to use Wil’s time off work for the holiday to travel to Kyoto for three nights. Cranberry sauce and pumpkin pie will just have to wait for another year. (Or two, or three…)

I think I’ll invent a slogan for the Kyoto tourism board: “Go. To. Kyoto.” Seriously. It’s lovely. We spent roughly four days there and barely scratched the surface of its loveliness. The train ride is crazy expensive — travelling at upwards of 300 miles per hour tends to ratchet up the cost — but we may try to swing it again for our last Thanksgiving here.

Kyoto deserves more than one blog post, so I’ll plan on several. Today, I’ll focus on Kiyamisu-dera Temple, where we spent Friday morning. More than 1,000 years old, the temple is perched up on a hillside overlooking thousands of cherry and maple trees and the city of Kyoto. 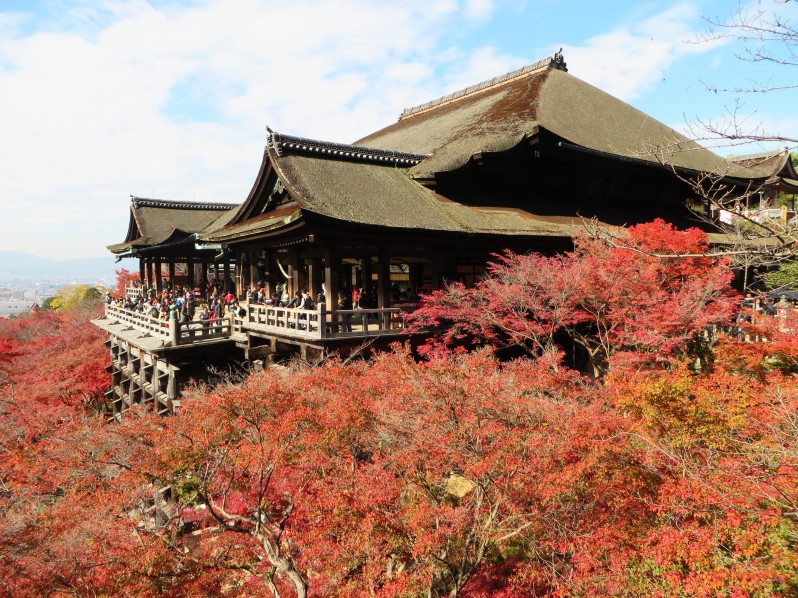 The main hall’s porch is a highlight, offering up amazing views. Again, we were blessed to travel in the autumn while the leaves are still in full flame. 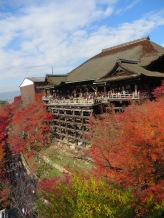 As if the temple and the leaves weren’t beautiful enough, the experience was heightened by the presence of so many people dressed in traditional garb. There are stores in the hillside neighborhood of Higashiyama that rent them to tourists for photograph sessions. I’m sure at least a few of the Japanese we spotted were also simply wearing kimonos they own. As usual, Liam also was on display, attracting a fair share of gawkers and exclaimers of “kawaii!” or “cute!” We were passing a well-dressed group of young men and women when a couple of the girls giggled and said “kawaii” when they saw Liam. I seized the moment and asked if I could take a photo of him with them. Judging by their smiles and cheerful agreement, we were all equally pleased by the idea. I’ll be framing the result soon and plan to exclaim “Kawaii!” myself for years to come: 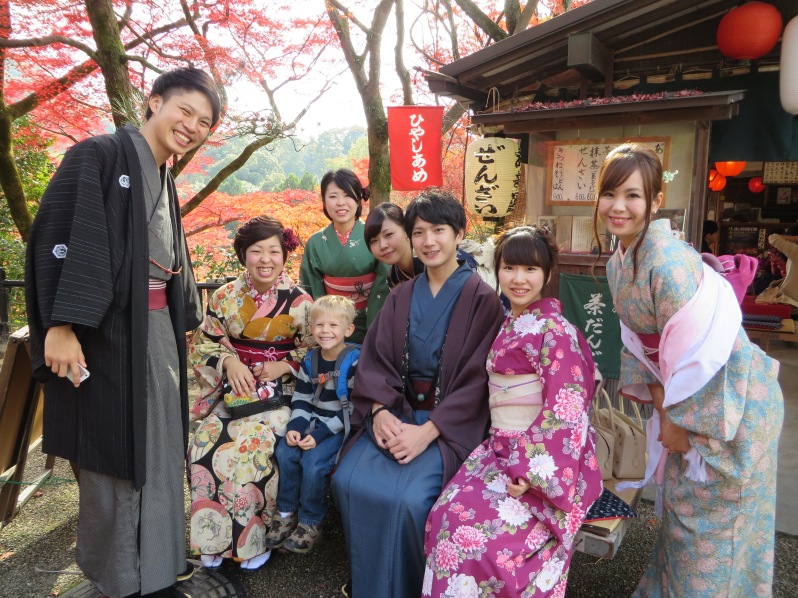 Here’s a few more of my favorite pictures taken near the temple: 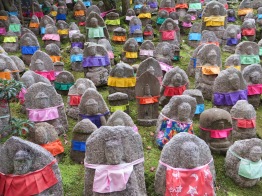 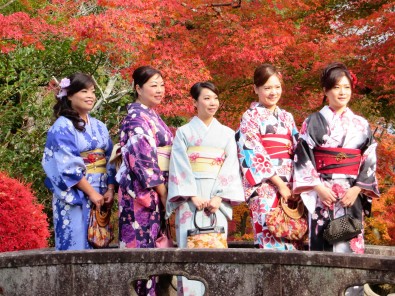 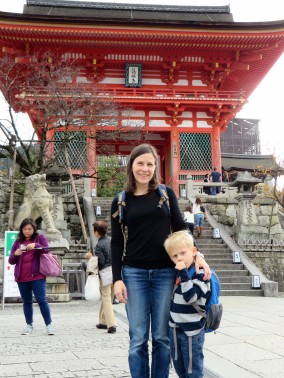 Tomorrow, I’ll walk you through the temple’s neighborhood of Higashiyama. Spoiler alert: There will be a geisha making a (very rare) appearance. (I got photos! Of a geisha! Up close! Lucky me!)