There’s no lack of places to visit and adventures to be had in Tokyo, but sometimes, we just have to get away. For Memorial Day weekend, our family of three rode a bullet train north through the countryside of Japan so we could spend two nights in Nagano. No snow monkeys on this trip. Instead, we got a taste of a festival that only happens once every seven years. That was pure serendipity: I plotted the trip before I even knew about the Zenkoji Gokaicho.

To get to Zenkoji Temple, we took a leisurely stroll from our hotel (Hotel Metropolitan Nagano) at the train station on through the city. We passed lots of little shops selling spices and gifts as well as a lovely smaller temple called Saiko-Ji Temple. It was founded by a Buddhist saint, Karukaya, in 1199. 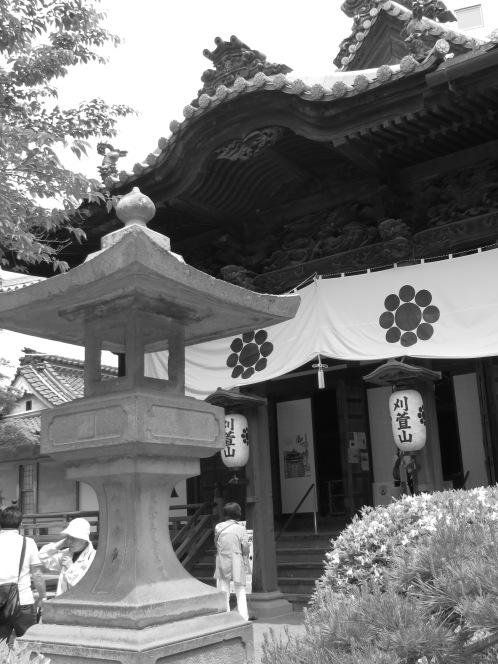 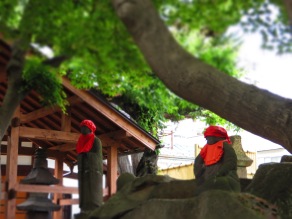 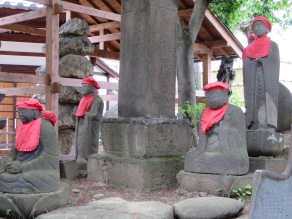 We also passed a few reminders of the 1998 Nagano Winter Olympics. 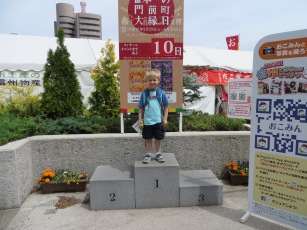 The crowds thickened as we drew closer to the temple.

Zenkoji Temple was founded way back in the 7th Century. It reaches back to the very beginning of Buddhism in Japan and houses what is believed to be Japan’s very first Buddha statue. Story time: Once upon a time in ancient India, a grateful father had the statue made in the image of the Buddha Amitabha, who had cured the wealthy merchant’s gravely ill daughter. With time, the statue travelled to Korea and then to the Emperor in Japan. During a conflict, it was thrown into a moat. Later, it was found, rescued and enshrined where Zenkoji now stands.

The statue is so precious that it is kept hidden from all eyes, even from the temple’s priests, but once every seven years a replica, the Maedachi Honzon statue, is displayed for a period of about two months. This year it is from April 5-May 31. From what I can gather, there are many festivals and ceremonies galore during this time frame.

A sacred pillar, called the Eko-bashira Pillar, is on display in front of the Main Hall of the temple. We watched as worshipers touched the pillar, which is connected by a special rope to the Maedachi Honzon statue inside the temple. They believe that when you touch the pillar, you connect with Buddha. 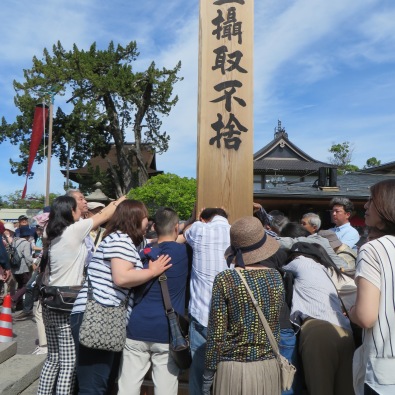 I’m sorry to report that we did not set eyes on the replica. We did stream along with the crowds into the temple’s vast dark interior but decided not to wait in the very, very long lines to attempt to see the statue. I’m a little disappointed that we didn’t, but it was a hot day and we had a 5-year-old with us and a fair amount of confusion over which lines led where. That said, I appreciated the excitement of the crowd around us and enjoyed being a part of what is clearly a joyous occasion in their religion. I have lots more to share about our trip, including more views of the temple grounds, a festival parade we stumbled onto and our excursion to see the beautiful Matsumoto Castle. Stay tuned…