Before we get to the flowers — the Showa Kinen Flower Festival 2016 —  I’m going to vent for a moment on electronics and writing.

I’ve had a spate of bad luck when it comes to electronic devices the last couple of months. In late February, my laptop died for the second time – the first was back in August — and rather than try to resurrect a flawed beast, I let it rest in peace. I’m still dealing with the fall out of that disaster – I switched to a Mac – and recreating and reorganising files and simply getting resituated on a new machine has drained a lot of time. I think I’m better off in the long run but it feels like I’ve barely written anything in the last month. During that same period of time, my camera began twitching in what became its very own death throes. On Friday, I replaced it with a shiny, new model which I hope will lend itself for a few years to capturing beautiful pictures of my family, friends and the many sights we encounter here in Japan.

My blogging has slowed lately, for a variety of reasons, but not for lack of topics. I have ventured with Liam to Kamakura to see a giant Buddha, to Naeba to sled in fluffy snow and to Harajuku to dine with monster girls. In February, Superman and Batman threw beans at me during a setsubun festival at Zojo-ji Temple. In March, at a fire festival at Mt. Takao, I let the monks do the walking on hot ashes but, two weeks earlier, I happily wielded a mallet myself to help pound mochi with my culture club for Girls’ Day.

Like many a blogger, I suffer from guilt that I’ve failed to post more about these adventures, not to mention my own angst that I’m not recording all these memories before they weaken and fade away. (Shameless plug: Follow me on Instagram – see camera icon under  SOCIAL at right or below – for more frequent updates.) April may be an odd time to make resolutions but I am resolving to blog more, ideally once a week. Writing this blog makes me happy.  I should do it more. Stay posted.

Now, to flowers. On Saturday, I took the camera out for a trial run to our favorite Tokyo park: Showa Kinen Koen. Showa Kinen is a three-minute walk from Nishi-Tachikawa station, about an hour out from central Tokyo. I went for the cherry blossoms; Liam for the playgrounds. We both, however, enjoyed discovering the park’s annual flower festival was happening. We went last year, too, but I remembered it being later in the year.

Some of the gardens were still a little sparse but there were so many beautiful varieties of flowers. 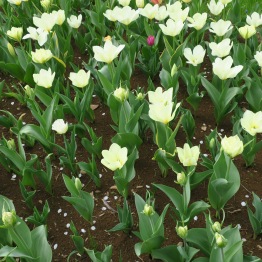 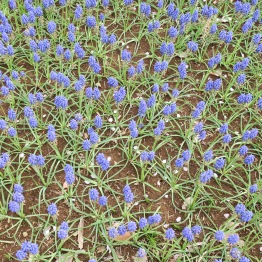 I love how the flower beds flowed organically. The blooms stretched in waves through a good portion of the central part of Showa Kinen. 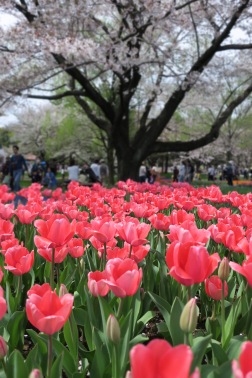 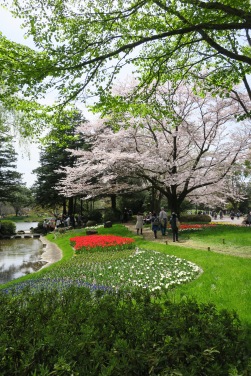 The cherry blossoms were still in bloom, despite the rain we received this week. I missed the peak by a few days, I think,  but they were still gorgeous.

We joined the crowds for our own little hanami, picnicking while we gazed up at the cherry blossoms.

I just love these trees:

New camera, so a good excuse for portraits. Thanks to Liam for taking the one of me. 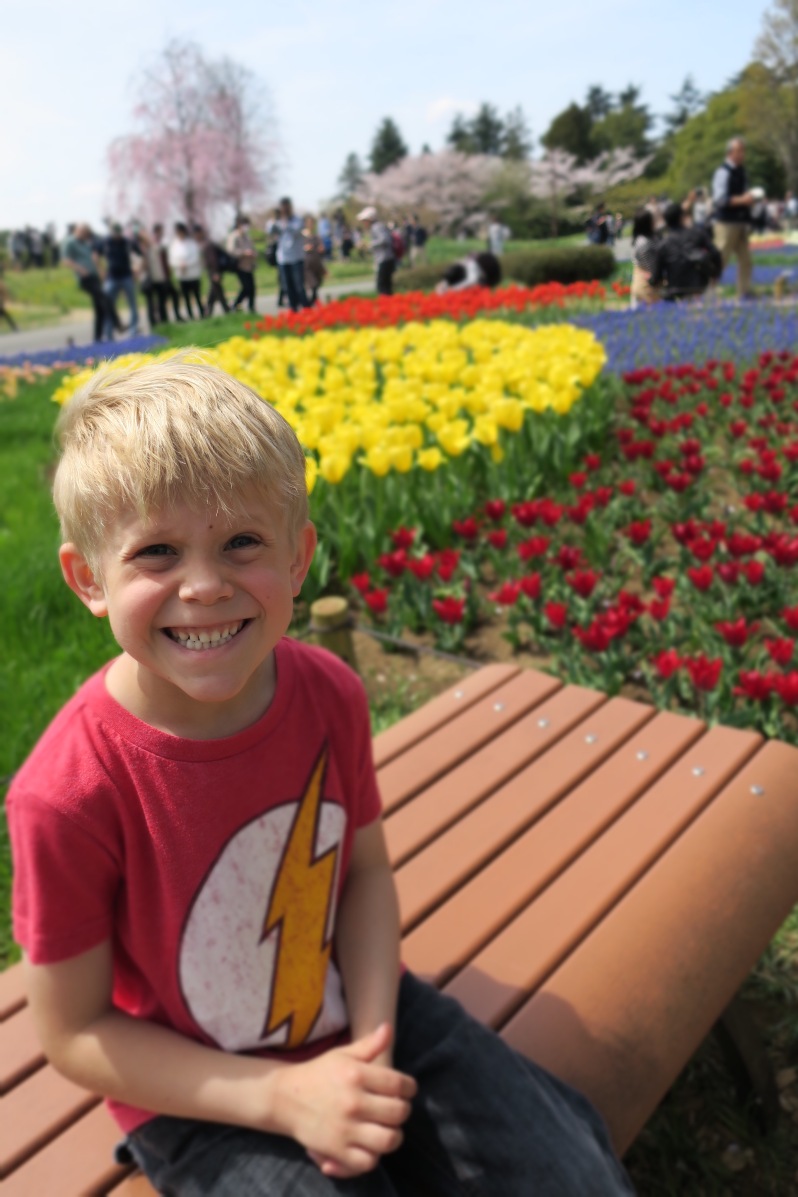 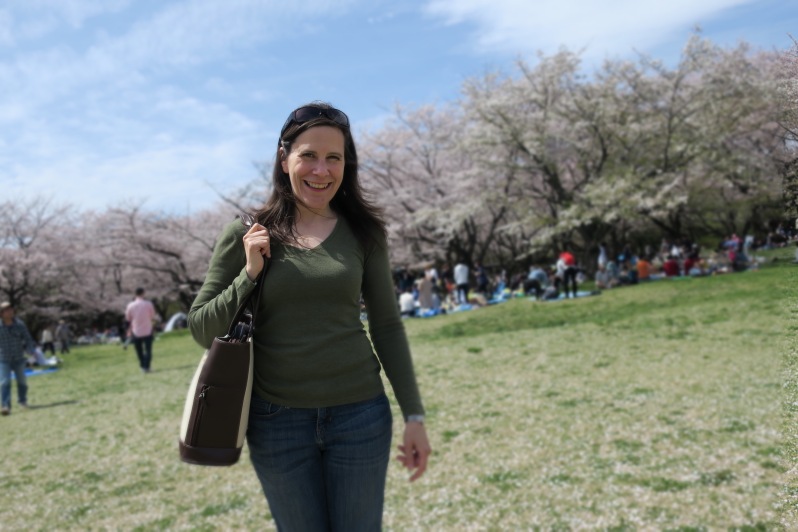 If you are local and would like to see the flowers yourself, the Showa Kinen Flower Festival 2016 continues in Tachikawa through March 22. There’s an English tab on the site which provides info on directions, hours, etc.